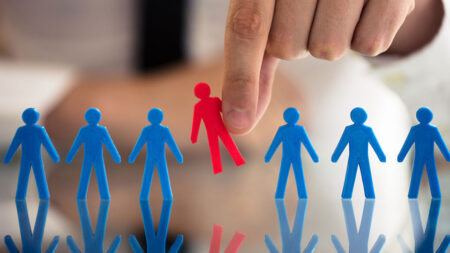 While discrimination against workers on the grounds of sex, age, race, ethnicity, sexual orientation, religion or disability is prohibited in most countries, many employers still find it perfectly acceptable to reject overweight candidates.
Employers are biased about the abilities of overweight people, assuming that they find it difficult to cope with physical activity or work for a long time. However, some overweight people can be quite strong and resilient. to help combat prejudice and reduce discrimination against workers on the basis of weight in the workplace.

Coalition urges employers to:
* include weight bias in their bullying programs in the workplace

In Kaltoft v. Billund Kommune of 18 December 2014, Danish educator Carsten Kaltoft tried to challenge discrimination against her on the basis of weight on the basis of health discrimination (disability).However, the applicant referred to being overweight as a disability, which was not the same thing. In this ruling, the European Court of Justice ruled that it would protect only those overweight workers who have a disability and incapacity for work.

In the early 1990s, the US Commission on Equal Employment the abolition of most standards for the appearance of employees in a case of sex discrimination against an American airline that has set certain weight standards for its flight attendants. However, the airline has not acknowledged any liability or discrimination in employment (Association of Professional Flight Attendants v. American Airlines, Inc., № 4088-791E dated 28.08.1991) (Consent Decree)).

The Supreme Specialized Court of Ukraine for Civil and Criminal Cases in a letter dated 07.05.2014 stated: “It is inadmissible to violate the equality of labor rights of citizens not only on the basis of the grounds specified in Part 2 of Art. 24 of the Constitution of Ukraine, Art. 2-1 of the Labor Code, paragraph 2, part 1 of Art. 1 of the Law, but also on the grounds of age, skin color, other physical characteristics (weight, height, speech defects, facial defects), marital status, sexual orientation, etc.