Non-compliance with tax deadlines is a case law 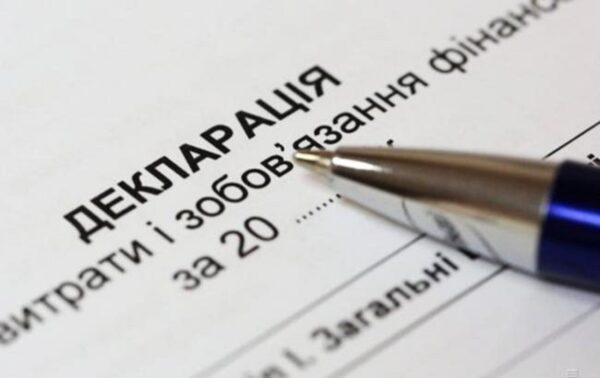 In recent years, the tax system of Ukraine has undergone significant changes in the principles and mechanisms of taxation, which are aimed at ensuring a sufficient amount of tax revenues, a fair approach to all taxpayers with a clear definition of their rights and responsibilities, ensuring more efficient economy. However, such positive changes should be continued, improved and put into practice.

In the period 2020-2021, after the quarantine restrictions, the business suffered, which caused the main problem of non-compliance with tax deadlines.

However, according to the current legislation, it is necessary to understand and answer the main questions: “Who is the subject of taxation? What are the general deadlines? What nuances are provided by law? Who carries out the inspection and in general has the right to impose responsibility for such actions? ”

Persons contributing to the payment of taxes, fees and duties are liable persons on whose actions the proper performance depends. responsibilities of taxpayers, control over the completeness and timeliness of payment of taxes, fees and duties to budgets and the provision of information about the taxpayer necessary for the calculation of taxes and fees.

collectors of taxes, fees and duties.

According to the current legislation, namely Article 57 of the Tax Code of Ukraine, a taxpayer is obliged to pay the amount of tax liability specified in his tax return within 10 calendar days following the last day of the relevant deadline provided by this Code to file a tax return, except as provided by this Code.

Please note that in accordance with paragraph 11 of subsection 10 of section XX of the Tax Code of Ukraine Penalty (financial) sanctions (fines) as a result of inspections carried out by regulatory authorities shall be applied in the amounts provided by the law in force on the day of decisions on the application of such punitive (financial) sanctions (subject to paragraph 7 of this subsection).

Alone e in this context it is worth paying attention to the decision of the Supreme Court of 27.06.2019in the case № 817/3148/14 in administrative proceedings. The essence of this case: the taxpayer, having filed a tax return in February with an incorrect tax liability, which, moreover, was not paid in full, corrected the error only in October, reducing the amount of tax payable. The tax authority charged a penalty and a penalty for the period from the deadline for payment of the obligation on the reporting return to the date of filing the adjustment declaration (apparently, as a result of termination of arrears on the unpaid amount of tax debt). Disagreeing with the decision of the tax authorities to impose a penalty, the taxpayer filed a lawsuit, which in the first instance and on appeal appealed in favor of the taxpayer. The tax authority filed a cassation, which also did not bring him a positive decision.

The tax authority emphasized the lawfulness of the accrual of the penalty based on the existence of a tax debt and the cessation of such existence due to the repayment of the debt through the mechanism of filing a clarifying return. fine taxes arise due to the fact of repayment of the monetary obligation with overdue terms, and the amount of the fine is determined by law and actually depends on the duration of the delay until the debt is repaid (up to 30 days or more than 30 days). In other words, it is the actual payment of the agreed amount of the monetary obligation, including the date of such payment, that is the legal fact that gives rise to the payer’s obligation to pay the penalty.

That is, the position of the Grand Chamber was based on paragraph 54.1 of Art. 54 of the TCU and paragraph 57.1 of Art. 57 TCU, and therefore according to item 129.6 of Art.129 TCU for violation of the term of crediting taxes to budgets or state trust funds established by the Law of Ukraine “On Payment Systems and Funds Transfer in Ukraine”, due to the fault of the bank such bank pays a penalty for each day of delay, including the day of payment, and penalties established by this Code, and also bears other responsibility established by this Code, for violation of the order of timely and full payment of taxes, fees, payments to the budget or the state trust fund. In this case, the taxpayer is released from liability for late or incomplete transfer of such taxes, fees and other payments to budgets and state trust funds, including accrued fines or penalties.

Thus, there is a well-established case law according to which the taxpayer is not liable for late performance of the tax obligation, if it happened due to the wrongful conduct of third parties. (supervisory authorities or banking institutions), provided that the taxpayer himself has taken all dependent actions for its proper implementation.

At the same time, such cases should be distinguished from situations where the fault of third parties circumstances arose due to which the taxpayer was unable to take timely action dependent on him for the proper performance of the tax obligation (such as the occurrence of corporate disputes).In such cases, there are no grounds for his release from liability for a tax offense, but these circumstances may be grounds for recovery of damages from guilty third parties in the amount of penalties paid.