Employment contract with fixed working hours: innovations of the legislator 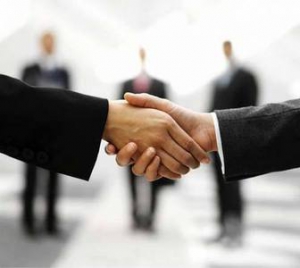 At the end of February 2021, the Verkhovna Rada proposed a draft Law of Ukraine “On Amendments to Certain Legislative Acts of Ukraine on Regulation of Certain Non-Standard Forms of Employment”, which provides for amendments to the Labor Code of Ukraine, namely the introduction of a new special form of employment contract. contract with fixed working hours.

The main purpose of future changes was to resolve the issue of non-standard forms of employment for people who work on a non-permanent basis, to provide flexibility in choosing the organization of labor relations and increase employee mobility in exercising the right to work.

Under the terms of such an agreement, the employee’s obligation to perform the work arises only if the owner or his authorized body provides available work, without guarantees that such work will be provided on a permanent basis.

The use of a fixed-term employment contract enhances employee mobility, gives greater freedom of choice in exercising the right to work, and creates a convenient legal mechanism for legalizing freelancers who prefer short-term projects and are not limited to one customer.

Fixed-term employment contracts are being introduced as an alternative to civil contracts. The employee will be able to combine legal work with several employers and at the same time will have basic social guarantees (sick leave, vacation, sufficient wages, etc.).

However, there are downsides to seeing that this type of work will be a burden on employers. First, it will be necessary to clearly set a plan with a defined time frame (not more than 6 working days, up to 40 working hours per week). Secondly, monitor the number of hours worked by the employee. Third, the employer must monitor the number of employees employed on the basis of an employment contract with fixed working hours, as the draft law states that one employer may not exceed 10 percent of the total number of employment contracts to which this employer is a party.

Thus, the consequence of the legalization of labor relations of freelancers and persons performing irregular work will be an increase in official employment by increasing the number of employment contracts. In this regard, there will be economic growth, which will improve the social standard of living of Ukrainian citizens.