Yurisvest > Legal blog > Terms of division of the mortgage apartment between the spouses, whose party will be accepted by the court

Terms of division of the mortgage apartment between the spouses, whose party will be accepted by the court 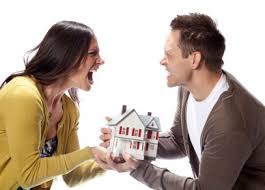 First, in accordance with the provisions of the Family Code of Ukraine, the conclusion of a contract during the marriage of one of the spouses, it is considered that the latter acts with the consent of the other spouse.

Summary of the circumstances of the case:

The house purchased with credit funds was divided between the spouses in court with the determination of equal shares in the right of joint joint ownership. The plaintiff filed a lawsuit to recognize the debt of the former spouse as a joint obligation, recovery in the form of a counterclaim (recourse) of part of the money from the other spouse.

The court found that since after the division of the spouses’ property and determination of the share in the joint joint ownership, the plaintiff fulfilled the obligations of both co-owners of the property acquired for borrowed funds, fully repaid the debt to the creditor, thus fulfilling the defendant’s obligations. reimbursement of part of the funds paid by her.

Based on the above, the Supreme Court in its decision of 02.04.2020 in the case № 638/17330/16-ts notes that the right to joint joint ownership of the apartment presupposes a debt obligation – the return of the amount borrowed for the purchase of this house.

Thus, according to the Supreme Court, the mortgaged property is divided in half between the spouses, as is the joint and several payment of the debt. Provided that the contract was concluded in the interests of the family, and this is confirmed by the written notarized consent of the spouses.